Those who influence decisions on development assistance for health are facing a “very uncertain, dramatic moment that is unprecedented,” said Stephen Morrison, Senior Vice President and Director of the Global Health Policy Center at the Center for Strategic and International Studies, speaking April 20 at a policy briefing in Washington, DC. The discussion focused on two newly published papers on financing global health by the Institute for Health Metrics and Evaluation (IHME) at the University of Washington.

That observation from a top policy expert underscores the gravity of decisions for stakeholders in the US and internationally, as well as for leaders of both donor and recipient governments.

IHME’s latest research findings, published in the British medical journal The Lancet, show that spending on health care by nations is expected to increase significantly over the next two decades, but the rates of increase and sources of that spending will differ widely.

Dr. Murray remarked on the implications of such slow growth: “Development assistance for health is no longer an expanding cushion for low-income countries’ health budgets,” he said. “Following a decade of impressive worldwide expansion, that growth in funding has stagnated.”

The paper finds that from 2000 to 2010, development spending on health grew 11.4% annually, but that since 2010, it has increased only 1.8% per year. Funding for HIV/AIDS, which for many years has been the largest health focus area, has begun to decline.

“This is apropos to the current circumstances we find ourselves in, which at best, are marked by uncertainty, and at worst, by potential retrenchments and receding engagements, despite the fact the world grows more complex and interconnected every day,” said Dr. Kates.

If current trends continue, overall expenditures will increase from US $9.2 trillion in 2014 to US $24.5 trillion in 2040, according to the study, although it is expected that only 1% of this spending will be in the poorest countries, where 12% of the global population is expected to live.

The sources of those funds include government health spending, private spending – both out-of-pocket and prepaid health expenditures, such as insurance – and, of course, development assistance for health. Percentages of spending as compared to a nation’s gross domestic product (GDP) per capita will likely fluctuate greatly. 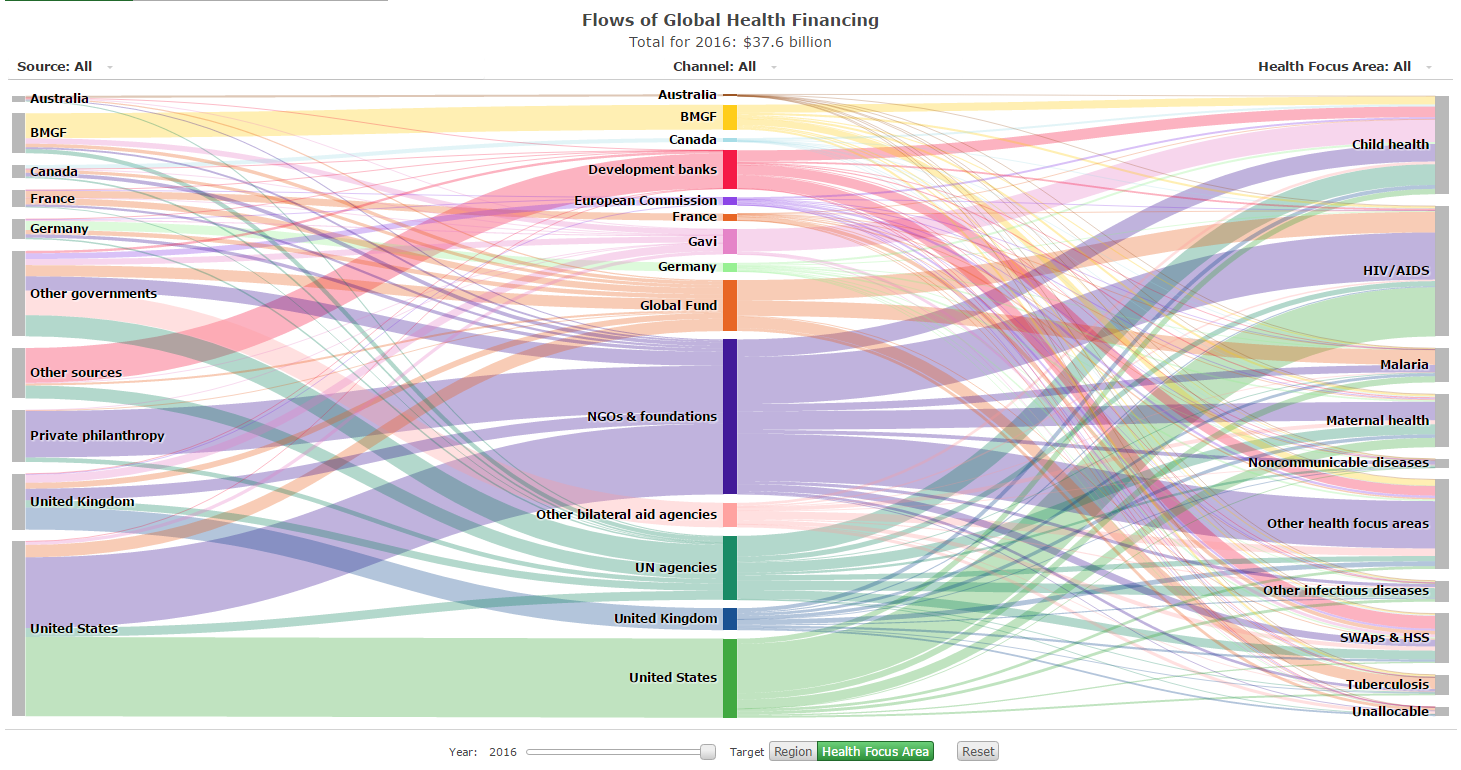 “The economy globally [for health] is going to more than double in size, from 9 to 24 trillion,” Evans said. “Why is that important? In all the hype and hyperbole about automation and how everyone is going to lose their jobs, it is unlikely the health sector will end up being automated. This is a massively important employment sector.”

In response to a question on tracking government spending by health focus area, Dr. Dieleman outlined the need for a more comprehensive and effective system of tracking and analysis.

“Such a system would take data from health system accounts that, to an increasing degree, are including metrics from government spending by disease,” he said, “and then combine those data with other estimates, in a structure based on the Global Burden of Disease philosophy, so it all adds up and fits together comprehensively. That’s work IHME recognizes needs to happen and is looking to do in the future.”