This week, IHME has decided not to release new projections due to significant delays in death reporting during and following the holidays. Many countries are reporting surging cases and hospitalizations, but declining numbers of deaths, which appears implausible. Currently, IHME projections are strongly influenced by trends in deaths and the relationship between infections, hospitalizations, and deaths. As has been indicated by multiple sources, we believe that the low reported death numbers are due to reporting delays and not due to real decreases in COVID-19 mortality. Past experience with reporting delays suggests that by next week the information provided should be more reliable and reflect catch-up reporting. Here are a few examples of data reported this week indicating that death reporting is significantly delayed.

California is experiencing one of the worst outbreaks in the United States. However, the deaths data, while noisy, are only slowly increasing. Cases and hospitalizations are clearly growing exponentially. 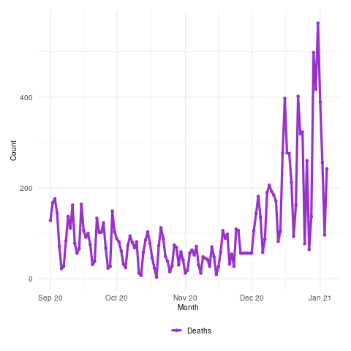 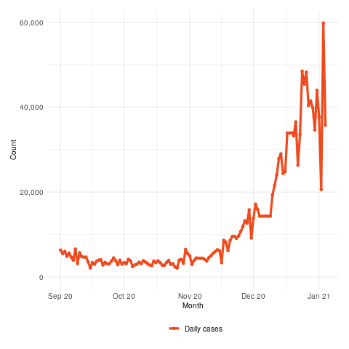 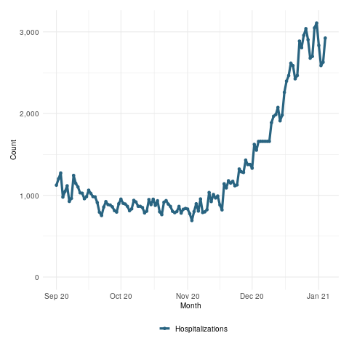 Deaths show significant drops in recent days, and the overall trend is increasing slowly. Yet, cases and hospitalizations are consistently trending upward. 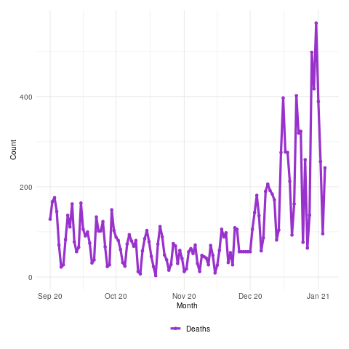 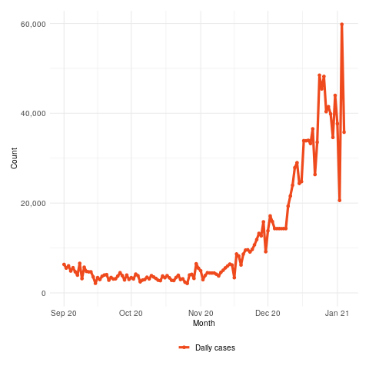 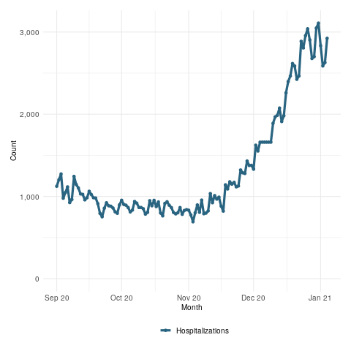 Hospitalization data in Mexico City as showing a steady and large increase over the past few weeks, but the cases and deaths, while noisy, do not reflect the same trend. 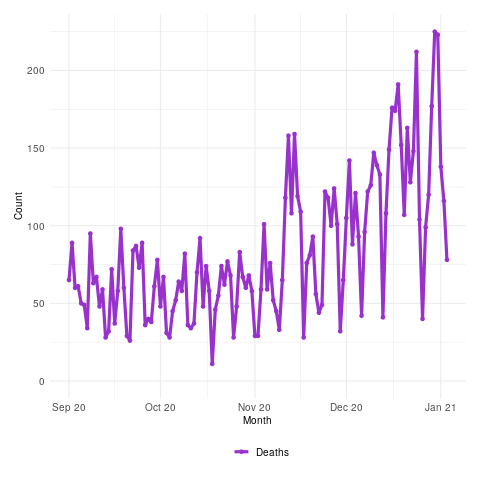 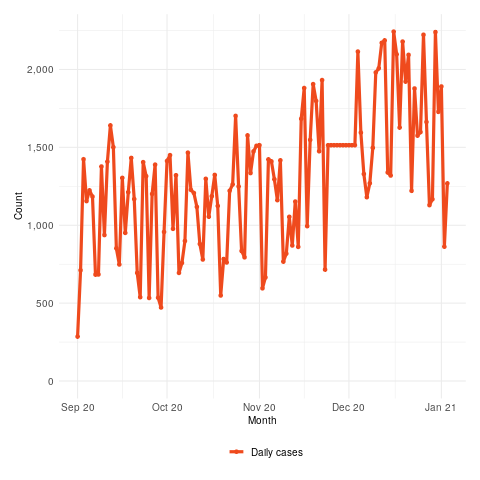 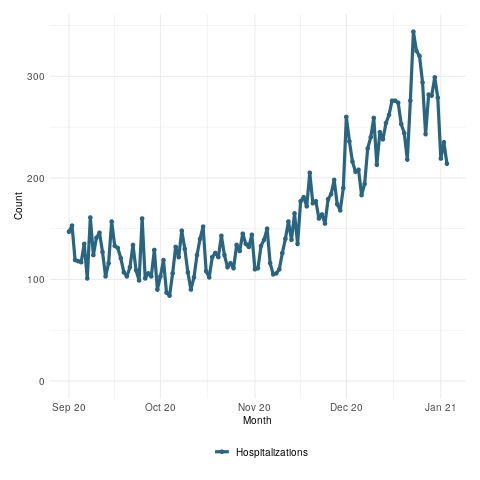