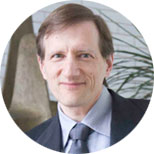 Gary King, Ph.D., is the Albert J. Weatherhead III University Professor at Harvard University in Cambridge, MA. He also serves as Director of the Institute for Quantitative Social Science.

King's work is widely read across scholarly fields and beyond academia. He was listed as the most cited political scientist of his cohort; among the group of "political scientists who have made the most important theoretical contributions" to the discipline "from its beginnings in the late-19th century to the present"; and on ISI's list of the most highly cited researchers across the social sciences. His work on legislative redistricting has been used in most American states by legislators, judges, lawyers, political parties, minority groups, and private citizens, as well as the U.S. Supreme Court. His work on inferring individual behavior from aggregate data has been used in as many states by these groups, and in many other practical contexts. His contribution to methods for achieving cross-cultural comparability in survey research have been used in surveys in over eighty countries by researchers, governments, and private concerns. King led an evaluation of the Mexican universal health insurance program, which includes the largest randomized health policy experiment to date. The statistical methods and software he developed are used extensively in academia, government, consulting, and private industry.

King has had many students and postdocs, many of whom now hold faculty positions at leading universities. He has collaborated with more than seventy scholars, including many of his students, on research for publication. He has served on 24 editorial boards; on the governing councils of the American Political Science Association, Inter-university Consortium for Political and Social Research, the Society for Political Methodology, and the Midwest Political Science Association; and on several National Research Council and National Science Foundation panels.

He earned his PhD from the University of Wisconsin-Madison in 1984.