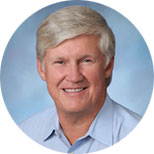 John Stanton is a wireless industry pioneer, co-founding three national wireless operators in the United States. His involvement in the wireless industry began in 1982 when John helped found McCaw Cellular Communications, where he served as Chief Operating Officer and Vice Chairman. Beginning in 1989, John and his partners formed a number of private entities that in 1994 were combined to form Western Wireless Corporation, where he served as Chairman and Chief Executive Officer from 1989 to 2005. In addition to the company’s US operations, Western Wireless also operated wireless networks in eleven foreign countries in Europe, Africa, and South America. VoiceStream Wireless, which was formed as a subsidiary of Western Wireless in 1995, was John’s third wireless endeavor. He served as Chairman and Chief Executive Officer of the company from 1995-2001. VoiceStream was sold to Deutsche Telecom which changed the name to T-Mobile USA. He was on the board of Clearwire Corporation from 2008 to 2013, served as acting CEO in 2011, and served as chairman from 2011 until 2013, when it was sold to Sprint. John served as chairman of three national wireless associations.

In the community, John has chaired or co-chaired the Business Partnership for Early Learning, Year Up of Puget Sound, the United Way of King County campaign and the Regional Transportation Commission and the Board of Trustees of Whitman College. John has a BA from Whitman College and an MBA from Harvard.

John presently serves on the boards of Microsoft Corporation and Costco Wholesale Corporation.  He is also the Chairman of the Seattle Mariners.