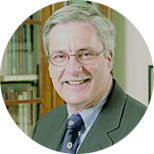 Michael J. Klag, an internationally known expert on the epidemiology and prevention of cardiovascular and kidney disease and a Johns Hopkins faculty member since 1987, became Dean of the University’s Bloomberg School of Public Health in 2005.

Dr. Klag’s research has centered on the prevention, epidemiology, and treatment of hypertension and kidney disease. Beginning in 1988, he directed the Johns Hopkins Precursors Study, a prospective study of Johns Hopkins medical students that began in 1946 and continues to follow participants. Dr. Klag has also led pioneering studies in kidney disease epidemiology, including the first study to assess the incidence of end-stage renal disease and to identify blood pressure as a risk factor for the development of kidney failure. His work has laid the foundation for numerous subsequent studies.