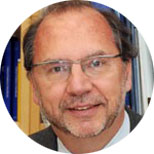 Professor Baron Peter Piot became Director of the London School of Hygiene & Tropical Medicine in September 2010. Having trained as a clinician and microbiologist, he was part of the international team that discovered the Ebola virus in Zaire in 1976, subsequently leading research on AIDS, women’s health, and public health in Africa. He was the founding Executive Director of UNAIDS and Under Secretary-General of the United Nations from 1995 until 2008, and a professor of microbiology and of global health at the Institute of Tropical Medicine in Antwerp, the University of Nairobi, and Imperial College London. He was also a Senior Fellow at the Bill & Melinda Gates Foundation. He held the chair “Knowledge against poverty” at the Collège de France in Paris in 2009-2010, and was a visiting professor at the London School of Economics.

His main research areas have been the clinical, microbiological, epidemiological, and public health aspects of sexually transmitted diseases, AIDS, tuberculosis, and women’s health in Africa, and, more recently, the politics of AIDS and global health, including chronic diseases. He has published over 500 scientific articles and 16 books. In 2013 he was the laureate of the Hideyo Noguchi Africa Prize for Medical Research.