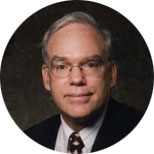 Dr. Preston’s major research interest is in the health of populations. He has written primarily about mortality trends and patterns in large aggregates, including twentieth century mortality transitions and black/white differentials in the United States. Recent research has focused on the mortality effects of cigarette smoking and obesity in developed countries. Dr. Preston earned a PhD in Economics from Princeton University and a BA in Economics from Amherst College.