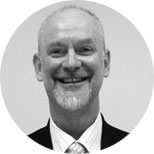 Trevor Sutton is the Deputy Australian Statistician leading the ABS 2017 Group at the Australian Bureau of Statistics (ABS). This Group is responsible for transforming the way the ABS conducts the next Census in 2016 and the way it collects, processes, and disseminates information and related statistics. The Group also provides the statistically related integrated collection of dissemination services. Sutton also chairs the Governing Council of the Statistical Institution for the Asian and Pacific Region. His previous roles in the ABS include the Chief Operating Officer and the Deputy Australian Statistician heading the Social Statistics Group. He was also Deputy Chair of the Economic and Social Commission for Asia and the Pacific’s (ESCAP) Region/Task Force on Civil Registration of Vital Statistics.

Sutton has held senior positions in a range of areas in the Australian Public Service, including Child Support, Taxation, Public Health, and Employment and Industrial Relations. While at the Child Support Agency, Sutton was the Deputy General Manager responsible for the largest reform agenda in Child Support since its inception in 1988. Prior to Child Support, Sutton was Director of National Marketing Services for the Australian Taxation Office. During this time he developed the strategy and managed major marketing and information campaigns associated with the Government’s significant taxation reforms of the late 80s to mid-90s.

Sutton holds an honors degree in sociology and has undertaken postgraduate studies in economics and commenced a PhD in public policy in the Economics and Political Science Program at the Research School of Social Science at the Australian National University.