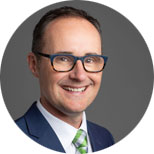 William Heisel is the Executive Director for IHME Client Services, leading a social enterprise to engage with the private sector to support innovation at IHME. Previously, as the Director of Global Engagement at IHME, he oversaw the Institute's outreach and relationship building, including media relations, digital communications, data library services, events and marketing, publications, scientific communications, and external relations, including government engagements and policy translation. He also managed the organization’s fundraising efforts and helps lead internal community-building initiatives. He oversaw communications and coordination with the growing Global Burden of Disease collaborative network, growing the membership to more than 2,800 researchers in more than 130 countries. In addition, his team administered the Roux Prize, one of global health’s highest honors. Heisel, who joined IHME in 2009, has a BA in Journalism and Spanish from the University of Montana. Prior to joining the Institute, he was a reporter at the Los Angeles Times.

IHME was established at the University of Washington in Seattle in 2007. Its mission is to deliver to the world timely, relevant, and scientifically valid evidence to improve health policy and practice.