“Can this age of miracles endure?”

Thomas J. Bollyky and Eric Goosby use IHME research to make the case for continued U.S. leadership and investment in global health

Thomas J. Bollyky, Senior Fellow for Global Health, Economics, and Development at the Council on Foreign Relations, and Eric Goosby, UN Special Envoy on Tuberculosis and Former U.S. Global AIDS Coordinator, used findings from IHME’s global health financing research to urge the next administration to continue to lead and invest in global health.

In an expert brief entitled “Health and U.S. Foreign Policy in the Age of Miracles,” Bollyky and Goosby document the rapid progress in reducing maternal and child mortality and communicable diseases globally, crediting the U.S.’ important role in these achievements. “The U.S. President's Emergency Plan for AIDS Relief (PEPFAR) program, created in 2003, remains the largest financial commitment of any country to global health or the treatment of a specific disease,” they wrote, citing the IHME report Financing Global Health 2015: Development assistance steady on the path to new Global Goals.

Bollyky and Goosby discuss the numerous challenges that health systems in low- and middle-income countries face, such as rising populations, climate change, and frequent trade and travel that contribute to the spread of communicable diseases. They also point out that many countries’ health systems are designed to address infectious diseases and thus are poorly equipped to handle the rapid increase in the burden of non-communicable diseases. 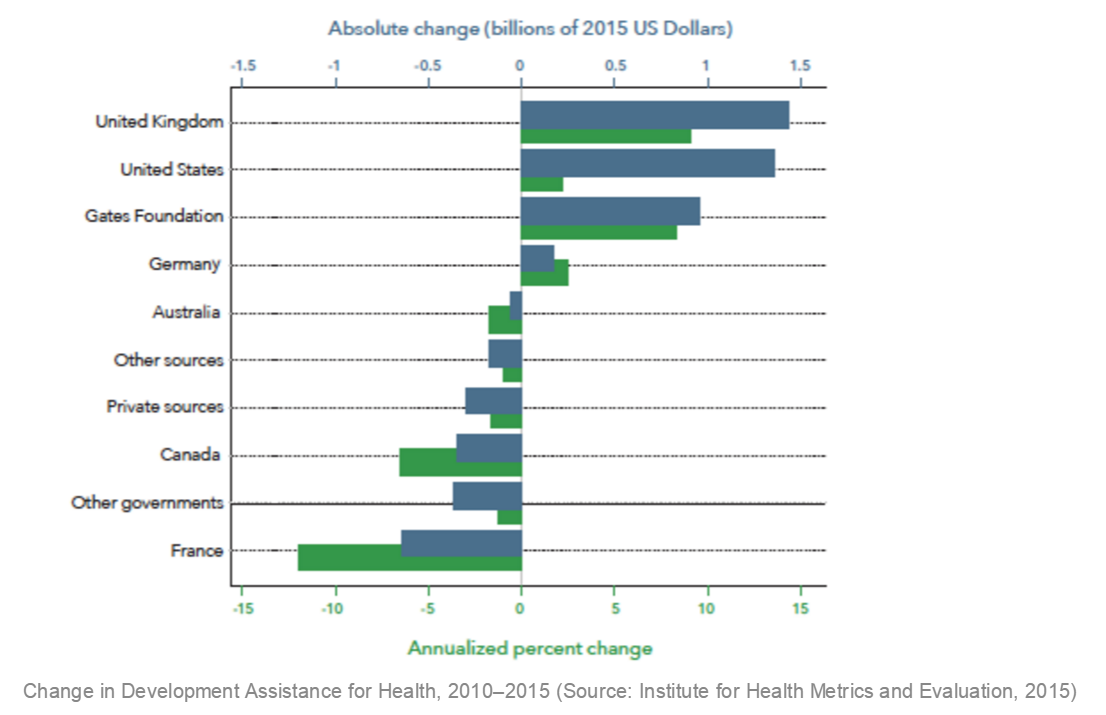 Bollyky and Goosby conclude by making recommendations about how the next U.S. presidential administration can further streamline the country’s leadership in global health and strengthen return on investment.