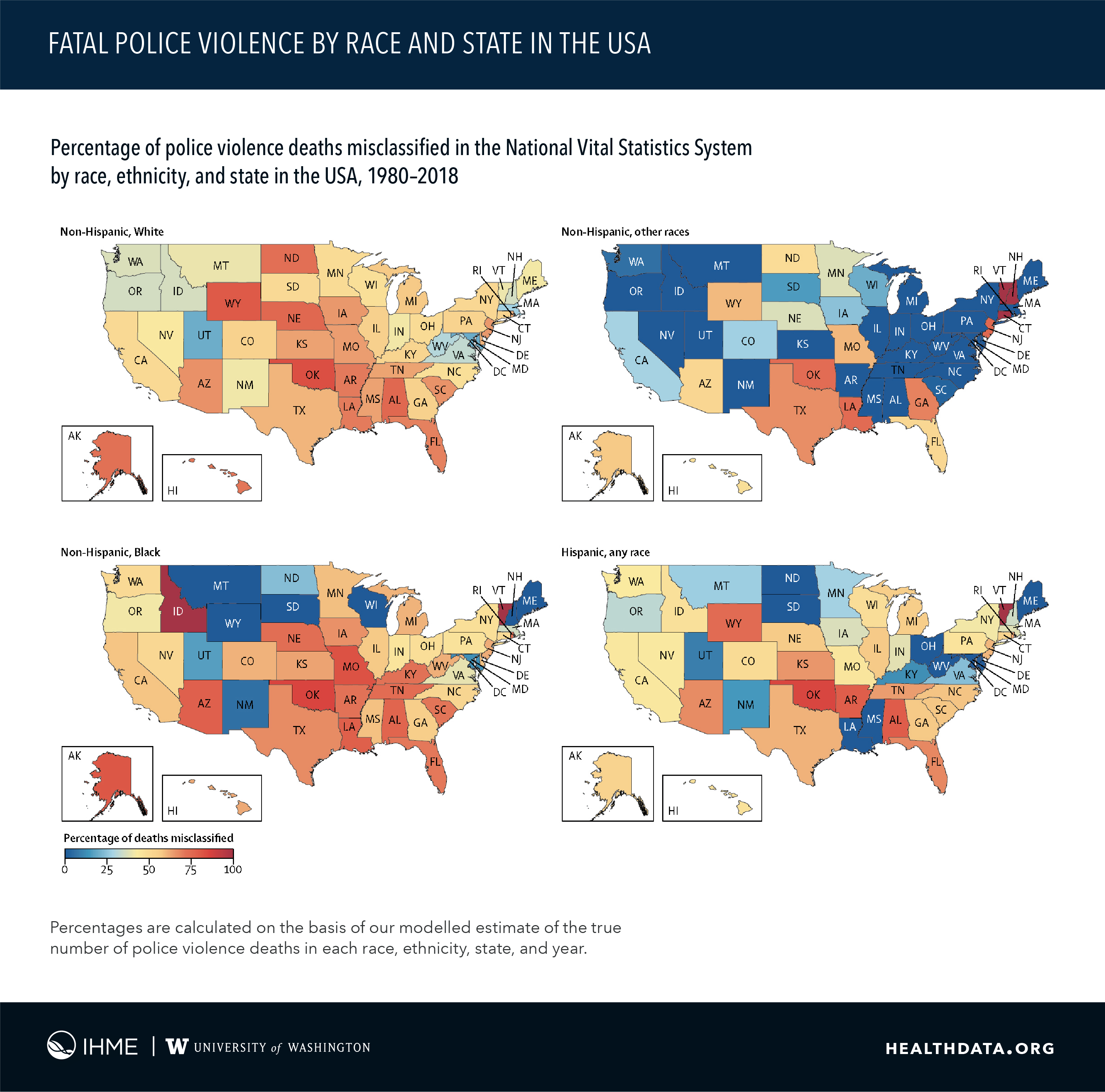 A new study from IHME analyzed data on police violence in the United States from 1980 to 2021 and found over half of deaths from police violence were misclassified or unreported. The researchers also found disproportionately higher rates of death in Black, Hispanic, and Indigenous people.

The New York Times |  More Than Half Of Police Killings Are Undercounted, New Study Says

The Washington Post | Killings By Police Are Undercounted By More Than Half, New Study Says

NPR | More Than 17,000 Deaths Caused By Police Have Been Misclassified Since 1980

USA Today | Study: Police Kill More People In This State Than Any Other. And Many Deaths Go Unreported.

Axios | Study: Police Killings Are Mislabeled In Federal Data By More Than 55%