The Global Burden of Diseases, Injuries, and Risk Factors Study (GBD) is the single largest and most detailed scientific effort ever conducted to quantify levels and trends in health. Led by the Institute for Health Metrics and Evaluation (IHME) at the University of Washington, it is truly a global effort, with over 7,000 researchers from more than 156 countries and territories participating in the most recent update.

For more information about GBD, visit the project page.

To interact with the results data and explore the findings, visit the data visualizations.

GBD created regions based on two criteria: epidemiological similarity and geographic closeness. To see a full list of countries and their corresponding regions, click here.

For some types of analysis in the GBD, seven super-regions have been established, which group regions on the basis of cause of death patterns. The image below shows which regions belong to each super-region. 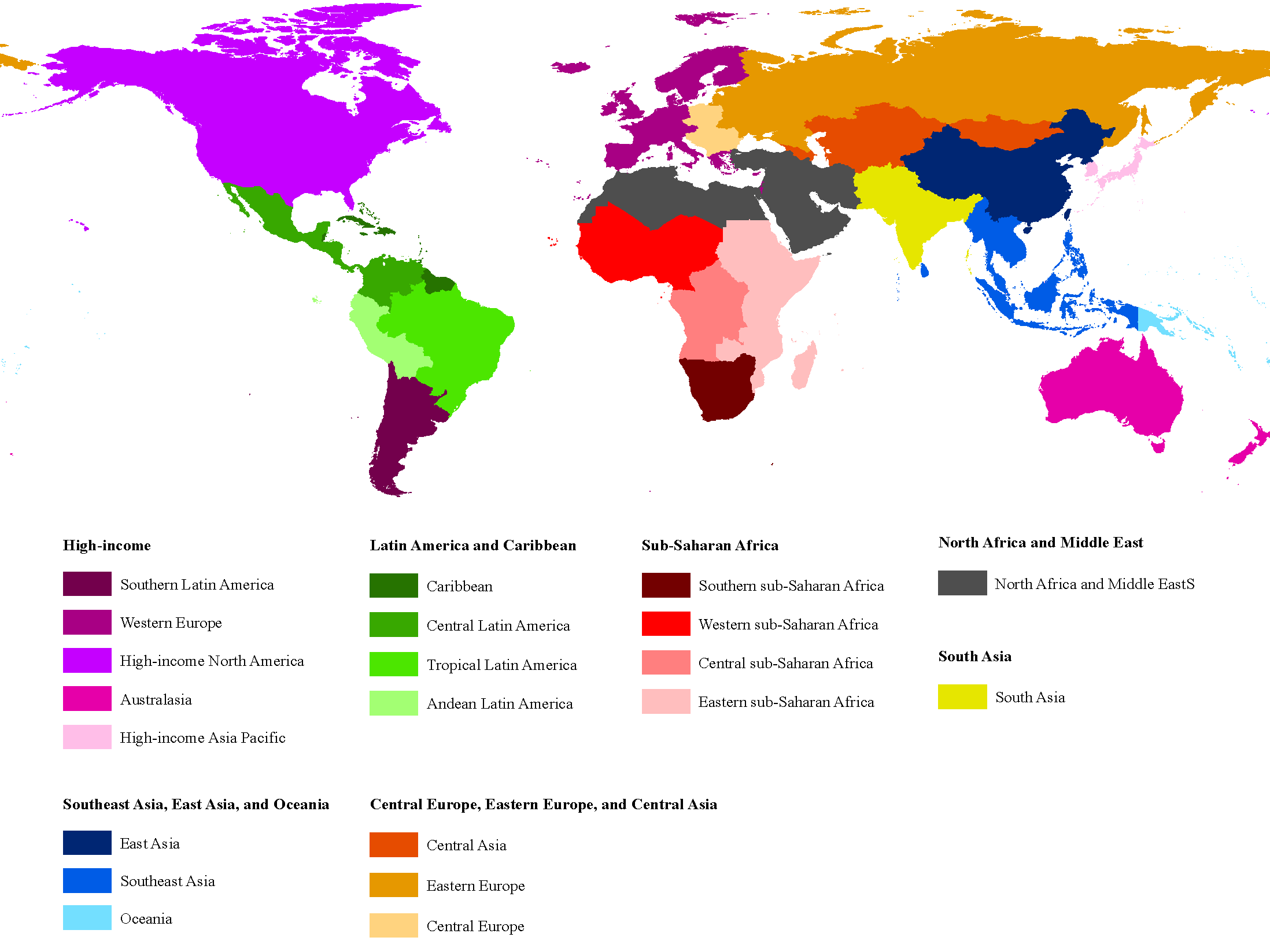 You can download country profiles that summarize the major GBD findings.