Rates of people needing dialysis have increased 40% since 1990, but access still markedly inequitable

SEATTLE – Rates of people needing dialysis have increased more than 40% since 1990, but access to this life-saving treatment is still markedly inequitable, according to a new scientific study.

“Chronic kidney disease is a global killer hidden in plain sight,” said Dr. Theo Vos, professor of Health Metrics Sciences at the Institute for Health Metrics and Evaluation at the University of Washington’s School of Medicine. “The evidence is clear: Many nations’ health systems cannot keep pace with the dialysis demand. Cases far exceed and are well beyond the ability of those systems to handle. The consequences, literally, are deadly.”

There were 697.5 million cases of chronic kidney disease in 2017. Nearly one-third of those patients lived in two countries – China, with about 132 million cases, and India, with about 115 million. Further, 10 other nations – the US, Indonesia, Russia, Japan, Brazil, Pakistan, Mexico, Nigeria, Bangladesh, and Vietnam – each had more than 10 million cases in 2017. In total, 79 of the 195 countries included in the study exceeded 1 million cases.

Those cases and deaths in 2017 led to an estimated 7.3 million years lived with disability and 28.5 million years of life lost, according to the study. There was a more than 15-fold difference in the burden of chronic kidney disease among countries: American Samoa, El Salvador, Federated States of Micronesia, Marshall Islands, and Mauritius had the highest estimated rates of years lost to ill health (disability-adjusted life years or DALYs) with more than 1,500 per 100,000 population. In contrast, Andorra, Finland, Iceland, and Slovenia had the lowest burden with fewer than 120 DALYs per 100,000 population.

The primary cause of chronic kidney disease varies, with hypertension and diabetes being the most common. The link between kidney disease and other major non-communicable diseases highlights the importance of preventive care and public health policy in limiting the progression of chronic kidney disease. HIV and exposure to toxins or heavy metals play an additional role in developing countries, while in some areas of the world the cause remains unknown.

The study, published today in the international medical journal The Lancet, is part of the annual Global Burden of Disease study, the world’s largest and most comprehensive effort to quantify health loss. The next edition of the study will be published in May in collaboration with the World Health Organization. 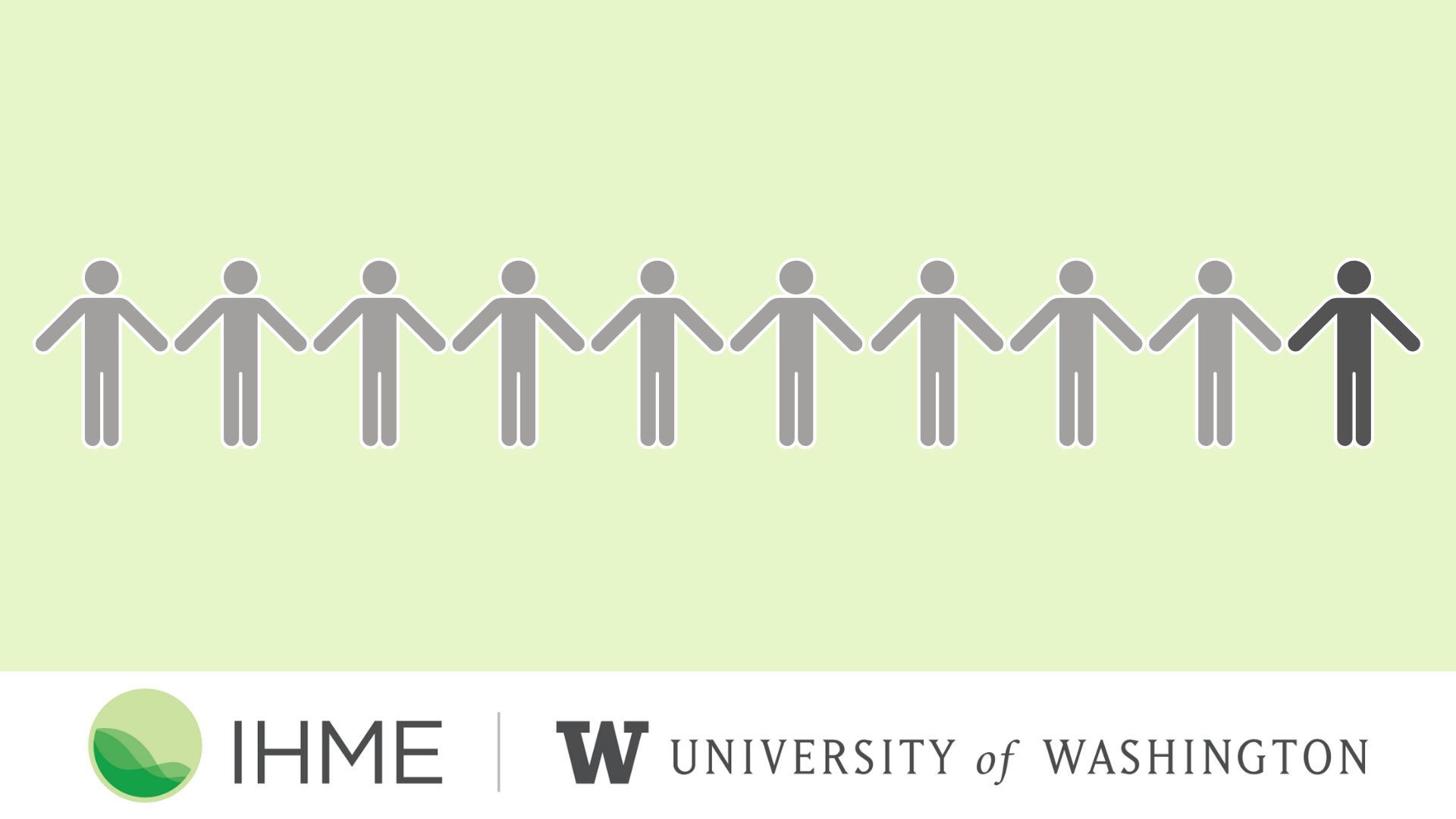 According to the Global Burden of Disease Study, the global prevalence of chronic kidney disease is 9.13%. Our research suggests that a large portion of people may not be aware of their failing kidney function; some people have ample reserve function, but after that function diminishes, symptoms of kidney failure often escalate quickly. (IHME Graphic) Health system planning requires careful assessment of chronic kidney disease (CKD) epidemiology, but data for morbidity and mortality of this disease are scarce or nonexistent in many countries.&nb...