Clearing the air: Using GBD to understand the impact of pollution on health 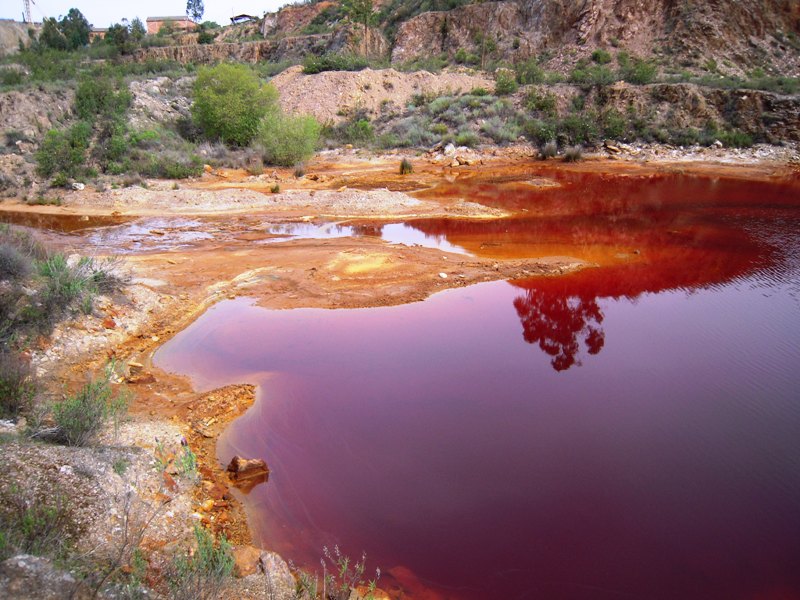 Acid mine drainage from the Lousal Mine in the Setúbal District of Portugal. Photo by: Gustavo Veríssimo from Setúbal, Portugal

How do we quantify the health impacts of a risk factor such as pollution, which is pervasive, difficult to detect, and often underreported?

Richard Fuller, environmentalist and President of Pure Earth, is taking on the challenge. He is the co-chair, with Dr. Phil Landrigan, of the Lancet Commission on Pollution and Health, which brought together 50 researchers worldwide in an effort to quantify the health and economic costs of pollution. The Commission uses data from the Global Burden of Disease to harness the evidence on the diseases caused by pollution and the accompanying health care costs.

Before the Global Burden of Disease, Fuller said, there was minimal data on pollution and its effects. It was not until the Commission released its report in October 2017 that the magnitude of diseases from all types of pollution was revealed.

“When we first ran the numbers, I thought, it can’t be,” Fuller said. “I was stunned.”

The study revealed that diseases caused by pollution were responsible for 9 million premature deaths in 2015, the equivalent of one in six deaths. The vast majority of these deaths, 92%, occurred in low- and middle-income countries. Most of these deaths were due to non-communicable diseases such as heart disease, lung cancer, stroke, and chronic obstructive pulmonary disease (COPD), with air pollution contributing the most to pollution-related deaths.

GBD has provided a way to put numbers to these staggering health impacts. “It’s the single most powerful tool in public health,” Fuller said. The authors were also able to measure the economic costs of pollution through willingness to pay studies, finding that welfare losses from pollution have totaled up to US$4.6 trillion per year (6.2% of global economic output).

Fuller said that some types of pollution have been easier to put a number to than others.

“We’re lucky with air pollution because we have satellites,” Fuller said, explaining that satellites allow us to track air pollution in extraordinary detail. But for many other types of pollution, such as soil contamination, measurement of pollution is costly and time-intensive, he added. As a result, we have minimal data on the impact of chromium, mercury, pesticides, and brominated flame retardants.

“The biggest challenge is how you calculate exposure data in a world of far from perfect information and no satellite capacity,” Fuller said.

Scientists and researchers are increasingly using innovative forms of data collection to measure potential exposure to contaminants, which has the potential to change existing GBD estimates. Fuller offered that sometimes these data can come from unexpected places.

In some places, mercury inventory reports revealed large amounts of elemental mercury being imported, despite sparse evidence of mercury use in the gold mining industry. In reviewing dental records, researchers found that the numbers of dental amalgams – or fillings using mercury – were off the charts. If all of this mercury was going to dentistry, each person living in these areas would have had to have their teeth filled 150 times per year for the numbers to add up. Reviewing an unusual source like dental records allowed researchers to uncover that the mining industry was actually using this mercury, Fuller explained. Use of mercury in artisanal gold mining can lead to serious health issues, contaminate the water supply, rise into the atmosphere, and act as a neurotoxin that works its way up the food chain through bioaccumulation.

In addition to disentangling true pollution exposure rates, Fuller added that advocacy efforts will be integral to elevating the conversation about the impact of pollution and developing effective mitigation solutions.

Current advocacy efforts include the Global Alliance on Health and Pollution, a prominent collaborative that brings together diverse groups to reveal the environmental impacts of pollution in low- and middle-income countries. In addition, Fuller’s own organization, Pure Earth, identifies and cleans up toxic sites in some of the poorest communities around the world.

Learn more about Pure Earth and the Global Alliance on Health and Pollution, and read the Lancet Commission on Pollution and Health’s report here.