Counting sickness on a global scale 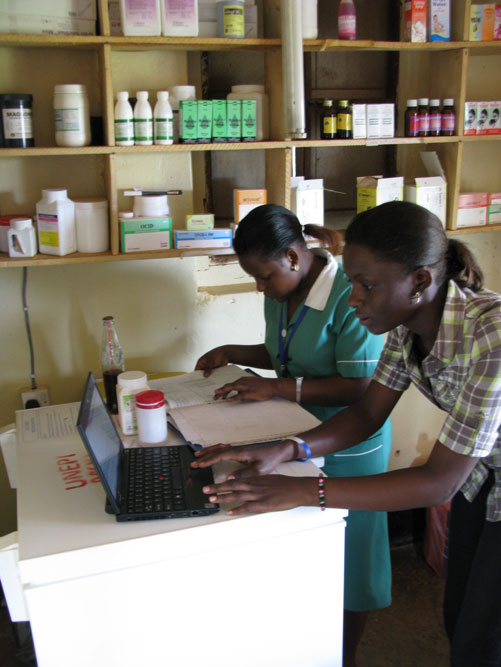 Everyone deserves to live a long life in full health.

That doesn’t seem like such a radical thing to say, but in many ways it is helping to spark a global health revolution.

Inspired and fueled by this idea, the Global Burden of Disease study, or GBD, seeks to answer the question of what sickens and kills people of all ages around the world. So, for example, are more people getting sick, or even dying, due to heart attacks or diarrhea? And is that because of increased smoking or malnutrition, respectively? How much healthy time is being lost to low back pain? To depression? Or how many years are lost when people die early from measles or traffic accidents? And are these numbers changing over time?

These are some of the more than 300 causes of death and poor health that GBD looks at. The largest and most comprehensive effort to measure health problems across places and over time, GBD draws on over 90,000 data sources and works with more than 3,000 collaborators in nearly 140 countries and territories to produce annual estimates of what is causing loss of healthy years, due to either early death or disease that lowers quality of life, around the world. Housed at the Institute for Health Metrics and Evaluation (IHME), the results (as well as some fascinating data visualization tools) are open to and used by governments and partners across the globe.

The first iteration of GBD was completed in 1993 and examined just over 100 diseases across eight regions. The next update was released in 2010 and, among other changes, nearly tripled the number of diseases and regions (to 291 and 24, respectively). Since then, the size, complexity, and frequency of the study has grown exponentially, with updates released annually and the list of diseases, risks, territories, and everything in between evolving with each new cycle. Last year, GBD 2016 (released in 2017), estimated results for more than 300 causes of death and disability for nearly 200 countries, and nearly 600 local levels (such as states or provinces). The next update, coming out in September of this year, will explore even more.

Before GBD, it was only possible to examine snapshots of health at fixed points in time – often snapshots taken many years or decades apart. GBD now shows how health is changing, not just decade by decade but year to year. For example, the number of children dying of diarrhea and lower respiratory infections has decreased dramatically over the lifetime of the study, much of this attributable to a decrease in maternal and child malnutrition. 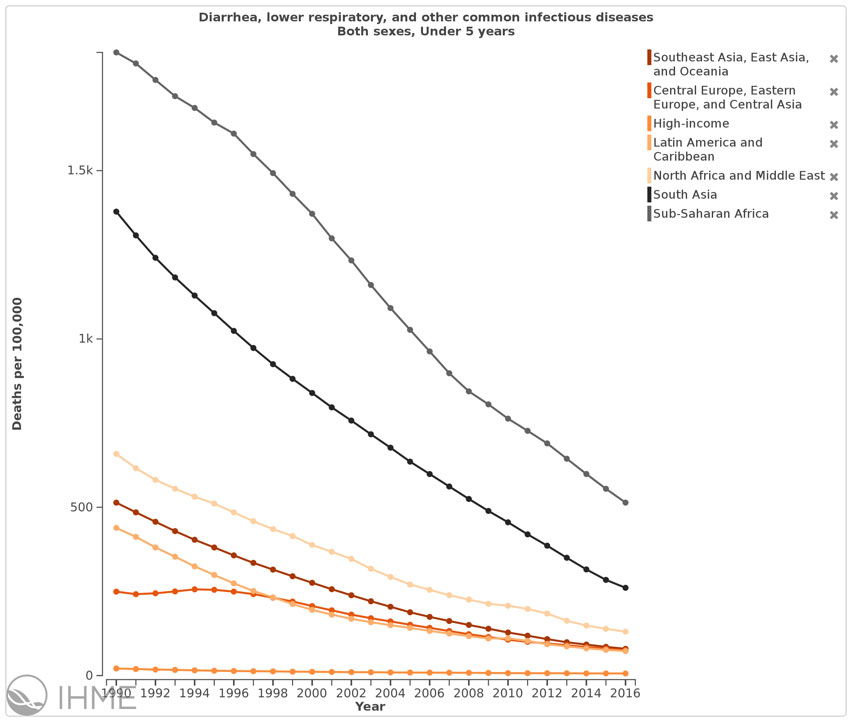 That figure represents not just lines on a graph, but millions of lives lived longer and healthier. This information, of where there is improvement, but also where there is still great or even rising needs, is powerful in the right hands. Governments and groups around the world are using GBD results to identify the greatest needs and opportunities for impact.  After all, you can't create effective, fair, or cost-effective public health strategies unless you understand exactly what health challenges exist in your community.

For example, in December 2015, the US National Institutes of Health (NIH) launched its 2016–2020 strategic plan, which considers GBD findings when making funding decisions. Using burden of disease data as one of the factors when determining how to best direct public resources allows decision-makers to ensure that they are addressing diseases that kill, such as cancer, and conditions that disable, such as depression. It also helps to harmonize decision-making across the agency’s nearly 30 institutes and centers. By working with its partners – including IHME – the NIH is integrating high-quality burden of disease data into its priority-setting processes.

Meanwhile, in Ethiopia the Ministry of Health is using GBD estimates to support its drive to strengthen evidence-based decision-making, in collaboration with key partners. GBD data has already helped to guide the development of Ethiopia’s latest five-year Health Sector Transformation Plan, a strategic document outlining the country’s health-related priorities and objectives. Now, the Ministry of Health and its partners are working to establish a Burden of Disease Unit and National Data Management Center to provide comprehensive, timely, and actionable evidence on the nation’s health.

Up next: GBD uses over 90,000 data sources – everything from scientific articles to municipal surveys – to monitor the world’s health. What are all of those sources? Where does all the information to make these estimates come from?