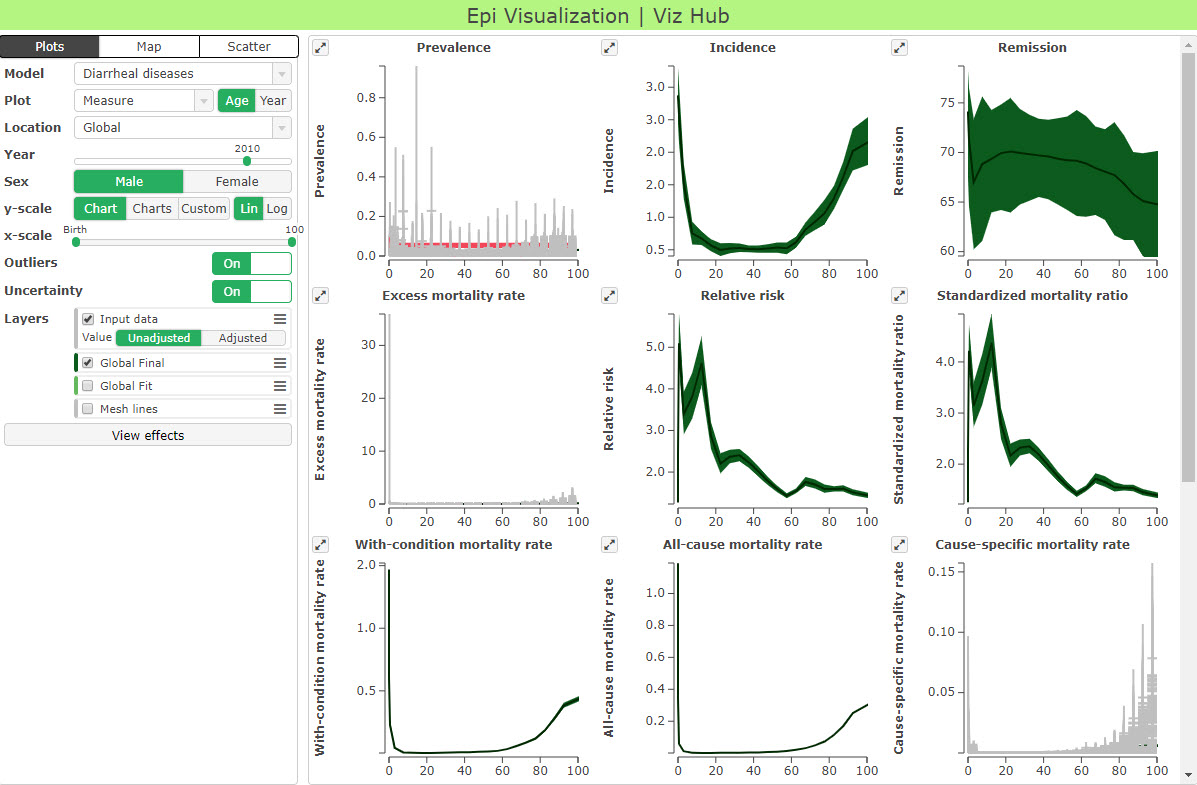 With this interactive tool, you can explore data inputs and epidemiological estimates from the GBD 2019 project. The majority of diseases, injuries, and risk factors were modeled using DisMod-MR 2.1, a Bayesian mixed-effects meta-regression modeling tool developed for GBD analyses. Initial estimates are made at the global level then sequentially revised down to the national and subnational levels using data that are progressively more detailed with respect to geography and time. Select any condition that was modeled using DisMod-MR 2.1, visualizing the pre- and post-adjusted incidence, prevalence, mortality, and remission data for over 369 conditions in 204 countries and territories from 1990 to 2019. Model results estimated using other methods are also available for causes, risk factors, and impairments. Input data are available for download on the visualization for models using DisMod-MR.

Interact with the data visualization

For terms and conditions of use, please visit http://www.healthdata.org/about/terms-and-conditions. Most comprehensive global study—analysing 286 causes of death, 369 diseases and injuries, and 87 risk factors in 204 countries and territories—reveals how well the world’s population were pre...