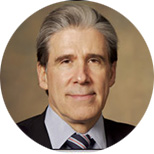 Julio Frenk, MD, PhD, MPH, a noted leader in global public health and a renowned scholar and academic, was named the sixth president of the University of Miami in April 2015. He assumed his leadership post on August 16, 2015.

Prior to joining the University of Miami, Dr. Frenk was Dean of the Faculty at the Harvard T.H. Chan School of Public Health since January 2009. While at Harvard, he was also the T & G Angelopoulos Professor of Public Health and International Development, a joint appointment with the Harvard Kennedy School of Government.

Dr. Frenk served as the Minister of Health of Mexico from 2000 to 2006. He pursued an ambitious agenda to reform the nation’s health system and introduced a program of comprehensive universal health insurance, known as Seguro Popular, which expanded access to health care for tens of millions of uninsured Mexicans.

Dr. Frenk was the founding director-general of the National Institute of Public Health in Mexico, one of the leading institutions of health education and research in the developing world. In 1998 Dr. Frenk joined the World Health Organization (WHO) as executive director in charge of Evidence and Information for Policy, WHO’s first-ever unit explicitly charged with developing a scientific foundation for health policy to achieve better outcomes.

He also served as a senior fellow in the global health program of the Bill & Melinda Gates Foundation and as president of the Carso Health Institute in Mexico City. He is the founding chair of the board of the Institute for Health Metrics and Evaluation at the University of Washington. He also co-chaired the Commission on the Education of Health Professionals for the 21st Century, which published its influential report in the leading journal The Lancet in 2010, triggering a large number of follow-up initiatives throughout the world.

Dr. Frenk holds a medical degree from the National Autonomous University of Mexico, as well as a Master of Public Health and a joint doctorate in Medical Care Organization and in Sociology from the University of Michigan, Ann Arbor. He has been awarded honorary doctorates from several institutions of higher learning. In September of 2008, Dr. Frenk received the Clinton Global Citizen Award for changing “the way practitioners and policy makers across the world think about health.”

He is a member of the U.S. Institute of Medicine, American Academy of Arts and Sciences, and National Academy of Medicine of Mexico.

In addition to his scholarly works, which include more than 140 articles in academic journals, as well as many books and book chapters, he has written two best-selling novels for youngsters explaining the functions of the human body.