Video Transcript: It's well established that structural racism and racism impacts healthcare in the United States. Our research team focuses on understanding the $3 trillion of health care spending that occurs each year, and understanding what those resources are used for.

In the study that we just published in the Journal of the American Medical Association, we highlight that a disproportional amount of health care spending is on white (non-Hispanic) populations.

Despite the variation being less once you've age-standardized in aggregate, the types of care that the different race and ethnicity groups were having spending on really varies dramatically. 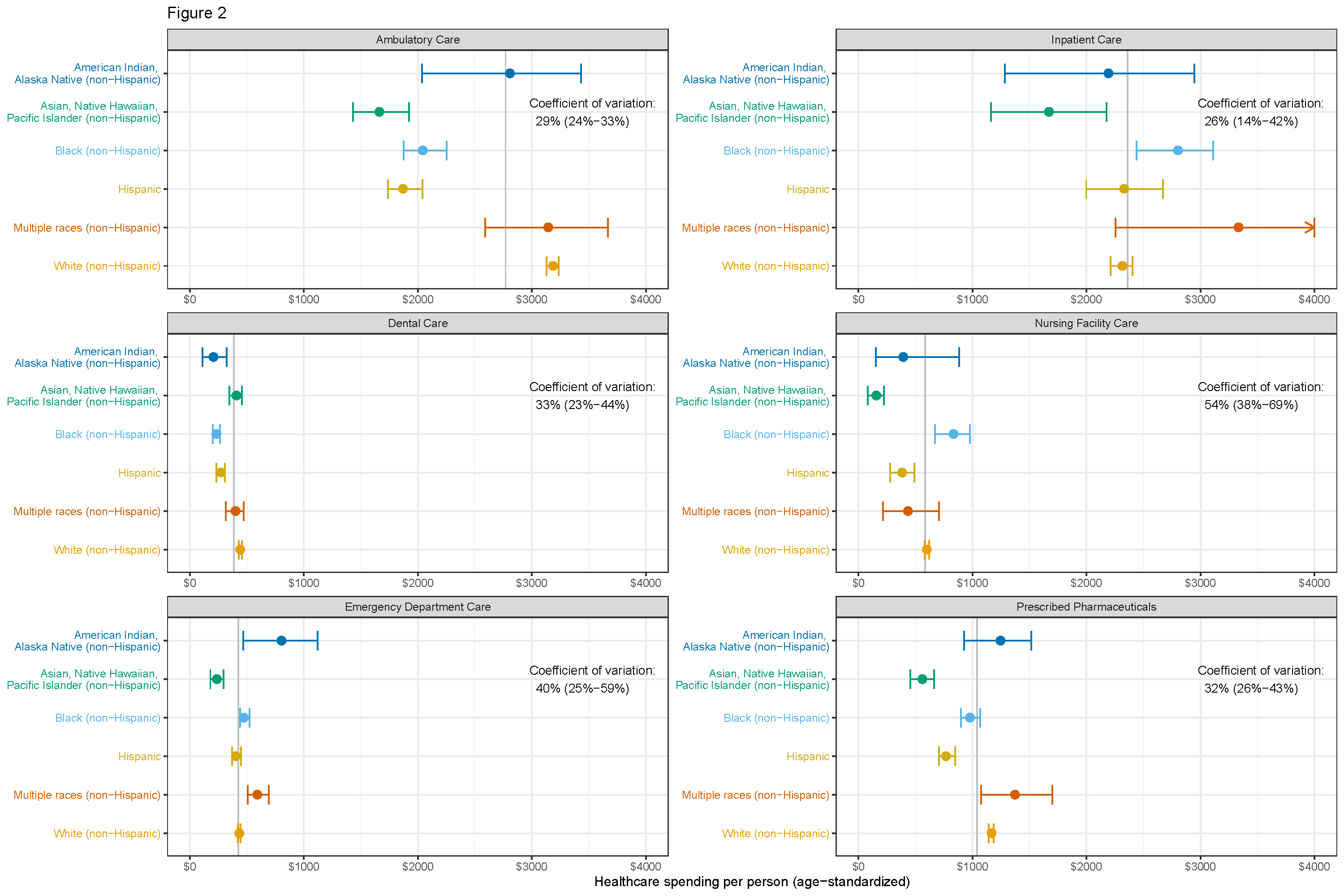 This first slide here looks at ambulatory care, so outpatient care, and dental care. You can see the average amount of spending for people within each one of those race/ethnicity groups for outpatient care and dental care. The gray line is the all population mean. So we can see on the panel on the left if you focus just on ambulatory care, the Asian American, Native Hawaiian, Pacific Islander, Black, and Hispanic groups all spend significantly less on ambulatory care per capita after age-adjusting and the white non-Hispanic population spends way more.

Moving forward, we think that it's especially important to think about the allocation of health care resources. In particular, driving up utilization for key essential services for preventive care and care for Black, Indigenous, and people of color populations in the United States to drive up and improve health equity. A new analysis of US health care spending reveals stark disparities across racial and ethnic lines, with White Americans benefiting from an outsized share of healthcare dollars relative to their pr...